Cycling can be dangerous. Most of the time it’s not, and it’s a great, healthy, relaxing way to travel. This evening was not one of them, and I passed a cyclist who’d just collided with a car and was in a considerable amount of pain.

By the time I arrived the ambulance had already been called, and I set about talking to the cyclist while doing a basic assessment (those training courses with Cave Rescue came in handy!). Luckily for him we were close to the John Radcliffe hospital, and within 15 minutes he was getting professional attention.

Even more luckily, he seemed generally intact, despite putting a pretty big dent into the car and not wearing a helmet. 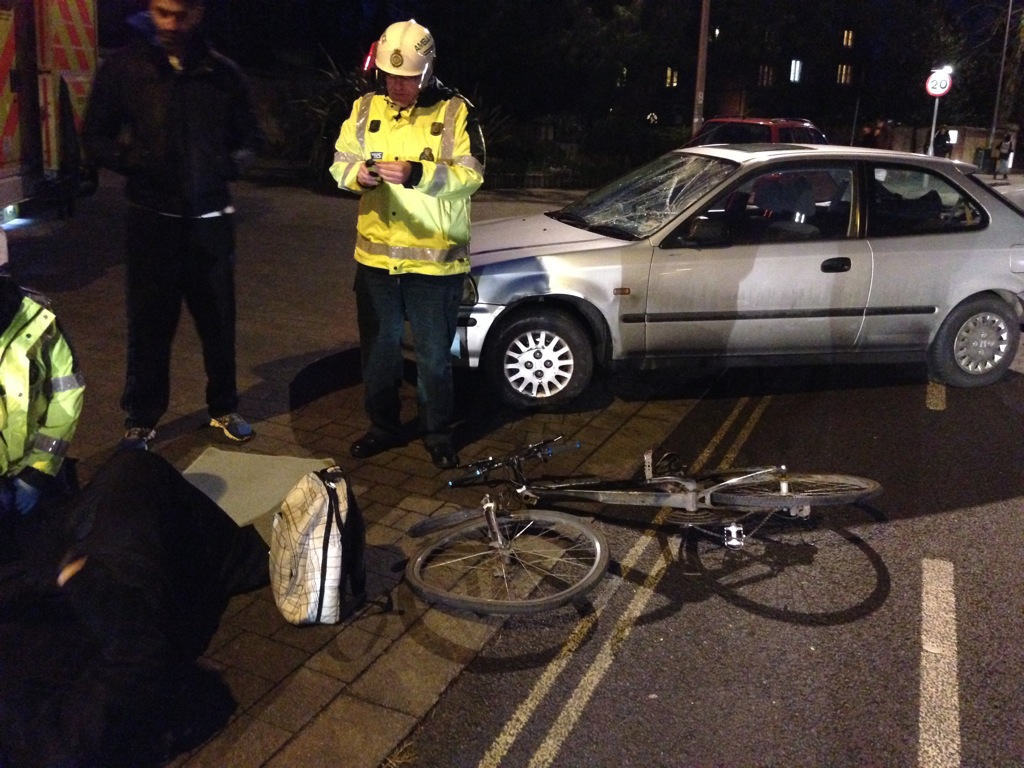 The driver was suitably shaken, and you can see why. Turning into the driveway he said the first he knew of the cyclist was seeing his face just before he hit the windscreen. Scary stuff.

It’s easy to see how the accident happened: an unlit cyclist in dark clothes travelling along a pavement isn’t easy to see in a car, and it was dusk, when everything looks flat and the streetlights haven’t quite kicked in yet. Maybe the driver could have looked harder, maybe the cyclist could have ridden slower. A thousand “maybe”s and they would both be somewhere else now, oblivious to what could have happened.

That said, maybe things could have been worse. The cyclist seemed to have come off with only damage to his leg and buttock. He can certainly be thankful for that, even if he doesn’t make it into work tomorrow.